This articles describes how Apple Watch series 6 will function and test and monitor Oxygen level in blood .

Recently Apple launched its new lines of Apple Watch with many functionalities . .Named Apple Watch 6 ,This Watch is equipped with an innovative health features according to which the watch will be able to monitor oxygen level in any individual.

What is Blood Oxygen level

Blood oxygen refers to how much oxygen is in red blood cells, which is an indicator of overall respiratory health.

How does Apple Watch will work

The watch has been built with a new sensor .The new sensor shines red and infrared light onto a wearer’s wrist and measures the amount of light reflected back, which can determine blood oxygen levels in 15 seconds, Apple says.

The watch will be able to take periodic readings in the background, including when the wearer is sleeping.

Apple is partnering with health researchers for its blood oxygen readings, including a study with the Seattle Flu Study and the University of Washington that will see if the sensor can detect early signs of COVID-19.

This Watch is Only made for General wellness and Fitness

Though low blood oxygen levels are a symptom of the virus, Apple says “Blood Oxygen app measurements are not intended for medical use and are only designed for general fitness and wellness purposes.” 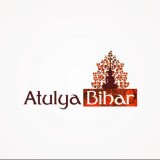